The One World Tartarians (Black and White): The Greatest Civilization Ever Erased From History (Paperback) 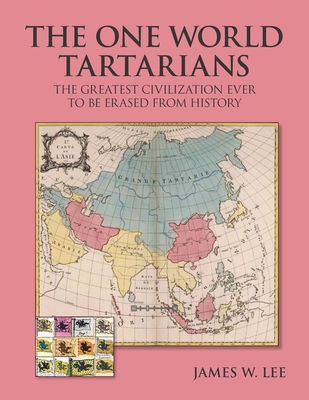 This book could very well be the greatest revisionist history book ever written in modern times to date about the Greatest Lie about our common world history. The Tartary civilization encompassed most of the World we know today. From Russia to China to Africa to India to Australia and New Zealand to the North and South America's. There have been swept from modern his-story books and were likely destroyed in the 19th-20th centuries along with many of their amazing buildings. There are numerous documents proving that there were also Giants amongst them. The people of Tartary were destroyed by the same advanced technology that controls our weather were flooded, fire bombed, earthquaked and likely had directed energy weapons (DEW) used against them and many of their bones are buried under our cities today. Their "Old Word Order" was a benevolent society where they used sacred geometrical designs, pipe organs and catillion bells to help and to heal and to achieve higher consciousness. All of the architecture and technology we know of today was developed by the Tartar's. The 18th and 19th centuries were final book burning and removal from historical knowledge of this once great civilization that flourished up until just 100 years ago.