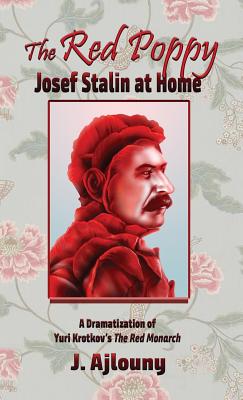 By J. Ajlouny
This title is not presently available through this site.

Mention the name Josef Stalin and all you will hear are epithets like "brutal dictator" or "mass murderer" or "Communist reactionary." And these are not untrue descriptions. But they don't tell the whole story. Every terrible person in history was also just an ordinary person too. In The Red Poppy, we behold the man and not the monster. In these seven scenes, we see the human side of the Soviet leader in a myriad of ways never before portrayed. We see his humanity, his personal philosophy, his anger, his sense of guilt and his endearing playfulness, all against the backdrop of Mao tse-Tung's impending visit to Moscow in 1949. The playwright has done a masterful job of transforming Yuri Krotkov's intimate knowledge of Stalin into a fascinating, poignant, and at times hilarious collection of vignettes that is as entertaining to read as it is to watch it on stage. The Red Poppy is truly a revelation.