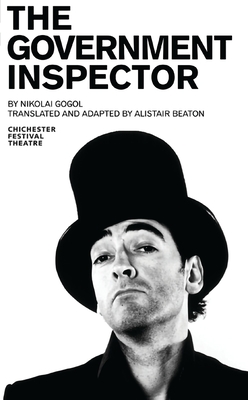 One of the most famous comedies in world theatre, Gogol's masterpiece has lost none of its bite. In a small town corruption is rife, and the Mayor and his cronies have got it made. So when they learn they are going to be subject to an undercover government inspection they panic. Mistaking a penniless nobody for the inspector they swiftly fall victims to their own stupidity and greed.
A dazzling blend of preposterous characters and familiar situations, Nabokov called The Government Inspector the greatest play in the Russian language. A production of this version of the play opened at the Chichester Festival in June 2005 starring the comedian Alistair McGowan.

Alistair Beaton's plays include Feelgood and Follow My Leader. He translated Gogol's The Nose for Martin Duncan at Nottingham Playhouse. He has recently published a novel, A Planet for the President.