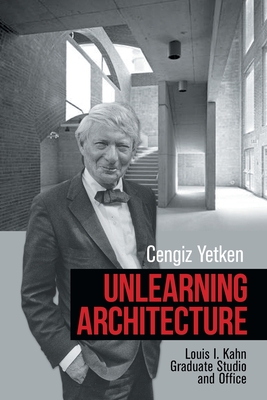 Cengiz Yetken, AIA Emeritus, accepted a teaching position after receiving his master's degree in architecture at Middle East Technical University (METU) in Ankara, Turkey, in 1964. After teaching a year of architectural design and a technical course, he was offered a scholarship and a Fulbright grant to study under Professor Louis Kahn at the University of Pennsylvania. He graduated with honors and received his second master's degree in 1966. He joined Louis Kahn's office and was appointed as job captain for the Theater of Performing Arts in Fort Wayne, Indiana. He was involved in conceptual design studies, schematics, and design development stages, and gave presentations to the Fort Wayne Fine Arts Foundation on Lou's behalf on numerous occasions. He was also asked to join the faculty of architecture at the University of Pennsylvania. He kept both positions until mid-1968, when he had to return to his native country to resume his teaching position there. Mr. Yetken taught architecture at METU until the fall of 1975, when he left to take up a teaching position in the United States. He taught architecture at Ball State University for two years and at the University of Virginia for four years. In 1981, he left academia for professional practice and joined the Chicago office of Skidmore, Owings, and Merrill, where he earned his professional license and membership in the AIA (American Institute of Architects). Mr. Yetken expanded his research on Louis Kahn at the University of Pennsylvania Architectural Archives in preparation for a lecture at the Graham Foundation during the Chicago Art Institute's exhibition titled Louis Kahn in the Midwest. Mr. Yetken gave numerous lectures and published an article titled "Mimar Sinan, Architect of Suleyman the Magnificent" in conjunction with the Chicago Art Institute's exhibition on the age of Sultan Suleyman the Magnificent. He left SOM in 1986 and established his own professional practice (Cengiz Yetken, Associate Architect) in Oak Park, Illinois. In 1989, Mr. Yetken joined the architectural firm of Chicago's Perkins & Will as a senior project architect and worked on health care, education, commercial and office, residential, and specialty projects in various US cities and in China, Angola (Africa), Bahrain, Dubai, UAE, Turkey, Korea, Pakistan, India, Singapore, and Hong Kong. He also taught architecture at the School of the Art Institute of Chicago, gave various presentations on vernacular architecture in Turkey, and shared architectural statements on Spain, Italy, China, and Bangladesh. Mr. Yetken retired from full-time practice in mid-2005 but continued as a senior consultant in architectural design at Perkins & Will until mid-2009. A native of Turkey, Mr. Yetken is married, with two adult children, and now resides as a US citizen in Oak Park, Illinois.