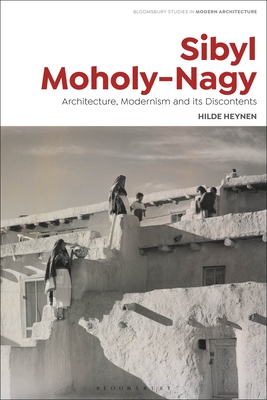 A major voice in the architectural culture of the mid-century, Sibyl Moholy-Nagy was uniquely engaged with modernism and modernity. As one of the very few female architectural critics of the time, she was an early voice articulating doubts about the path modernist architecture was taking, demystifying the myths of the masters, Mies, Le Corbusier and Gropius, and questioning their heroic, masculinist approach. Yet her writings and work are understudied, and have largely vanished from the canon of scholarly references on modernism.

This book analyzes the significance of the life and work of Moholy-Nagy and explores the paradoxical aspects of the relationship between modernism and feminism. Published as part of the Bloomsbury Studies in Modern Architecture series, which brings to light the work of significant yet overlooked figures in modernism, it is both an examination of her work and legacy, and also a study on the roles of gender and of the changing nature of modernism in its trajectory from Europe to America. Drawing on personal papers, diaries, letters and lecture notes, as well as personal interviews with relatives, colleagues and students, this study is a key resource for scholars who would like to include the contributions of women in to their discussions of architecture and modernism.

Hilde Heynen is Professor of Architectural Theory at the Katholieke Universiteit Leuven.