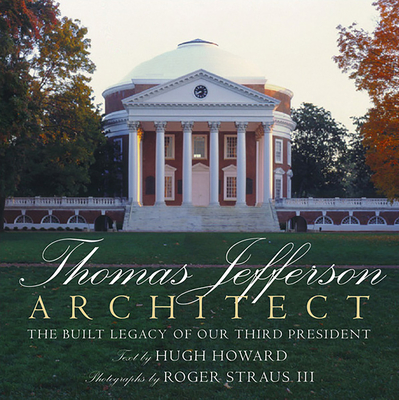 By Hugh Howard, Roger Straus III (Photographs by)
$17.23
Email or call for price.

This is the first volume to include all of the existing work by Thomas Jefferson, the third president of the United States and the father of American architecture.

Along with his numerous political achievements, Thomas Jefferson was also the first great architect of the United States. The Jeffersonian Classical style has been so influential that along with Frank Lloyd Wright and Philip Johnson, Jefferson is one of the three most recognized architects in American History.

Hugh Howard has written numerous books throughout his career, including the bestseller, Houses of the Founding Fathers. He was the writer of A&E network's six-hour series In Search of Palladio. He is also a sometimes builder, and built himself a tripartite Palladian house in the Federal style.

Roger Straus III worked in book publishing for over thirty years before deciding to devote himself entirely to photography. His work has appeared in numerous books including Houses of the Presidents (also done with Hugh Howard) and America's Great Railroad Stations. He has also written more than a dozen books.