The Architecture of Jacques Ferrier (Hardcover) 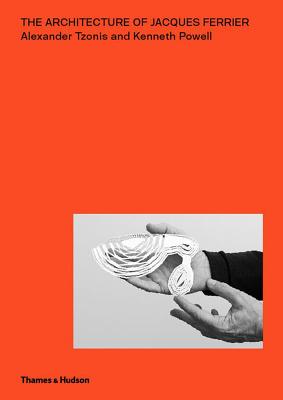 By Alexander Tzonis, Kenneth Powell
$74.75
Email or call for price.

A comprehensive survey of the work of twenty-first century century architect of "The Sensual City," Jacques Ferrier

Influenced by the critic Rayner Banham, by the work of French architect/engineer Jean Prouvé, and by his early experience of working with Norman Foster, Jacques Ferrier has developed a highly individual approach to architecture that seeks to harness technology in order to create buildings and urban environments that fully engage with the practical and emotional needs of people. Central to Ferrier’s philosophy is the idea of the “Sensual City,” which aims to create buildings and cities that engage with the five senses—sound, smell, sight, touch, and taste—that compose human experience.

The Architecture of Jacques Ferrier is a review of this master architect’s work to date in Europe and Asia: from the French pavilion designed for the Shanghai World Expo 2010 and the Tabarly Sailing Museum in Brittany; to showcase headquarters for Hachette Livres and Piper-Heidsieck Champagne and the next-generation skyscraper, Hypergreen. The book features introductory texts by world-renowned architectural commentators Alexander Tzonis and Kenneth Powell, and a fascinating and insightful interview with Jacques Ferrier.

Kenneth Powell is a British architecture critic, journalist, and writer. His many books include New London Architecture, City Reborn, Culture of Building, The Great Builders, and a multivolume monograph on Richard Rogers.